In the world full of strangers and acquaintances, we tend to get introduced ourselves to bunch of people who become our friends, in a due course of time after few of those repetitive “Hi”s and “Hello”s. According to the world of computing, indexing helps us to access data better. Similarly according to Kally (please do not search Google or Wikipedia on who is Kally, its none other than me), it is easier to keep in touch with the people, if we categorize them

Well, I scratched my brains/kidney, whatever you would like to call, sometime back to index (If the word index sounds to be so techy, lemme put this in layman terms to be so simple – classify. Hope now I made myself simple!!) People based on how I relate to those strangers-who-become-friends-later. I’ve tried my best to classify people based on my observation. Lemme see how much successful I’m in capturing my observation in the following paragraphs.

These form an elite group of friends to whom we were introduced at an early stages of life. They are those with whom we had shared our lunch, our friends (I meant – my friend A, is also his friend. His friend B, who is also my friend :P), our workbooks, our maps, pencils, crayons, water bottle, pencil sharpener and labels which we stick on the cover of out note books bearing Name, Class, Section, School. Subject and a image of Winnie the Pooh, Sachin Tendulkar, Shaktimaan to one of its side. We would have spent time with them playing Mario-G, Clay-hunt, and Contra in 2 player mode in the Television set.

So there are chances that you couldn’t keep in touch with these categories of people due to area change, location change or even school change. After you change your school, you may have lost in touch with those people to some extent or you could have ended up in a college in a remote place outside your hometown because you being a “good-obedient-disciplined-student” would have obliged to your parent’s advice of getting admitted to the college as it would have been so popular and had good campus placements (as few years back, good campus placements were a great concern to parents). Later when we introduce them to one of our current friends, we used to say

“Hey, meet John; he is my school-mate”

Thus the school mates have some special place in our hearts as they bring back our childhood memories.

College mates form an essential part of our college life, as they constitute the age of life where we realize ourselves. We undergo biological changes physically and mentally. The more realization happens when we choose friends from the group of around thousands. The gang with whom we spend time, go around, have fun and all things around us, determines who we are. Since at that age group we tend to attain adolescence and  they form an emotional ingredient of our life. What kind of chemical reactions that has to happen purely depends on the fellow friends whom we choose.

So college mates are those with whom we would have spent sleepless nights burning the Tube light and Study lamps (I’m sick of following the age old saying “Burning the midnight oil”) one day before the semester exams. The group studies wouldn’t have been possible at any cost. They would have entered your life in the late teens, but that has made a profound impact on your social life after.

After college days, the way you see things completely changes. The style of the outfit that adorns you, are a complete reflection of what you see yourself as a person – socially mingle-able and acceptable in a gang of friends. The so called stinky coconut hair oil which you would have applied, has found a cozy place in your room’s topmost shelf covered with the cobwebs. The stick like comb that you would have used in school days has transformed itself into a flashy roller which indirectly stands responsible for your receding hairline! Introduction of new products such as perfumes, body sprays, Anne French etc brings drastic changes in you.

Few things you would have expected and few things happen just unexpectedly. Whatever it is, they occupy the major portions of life knowingly or unknowingly

All because of your college mates! 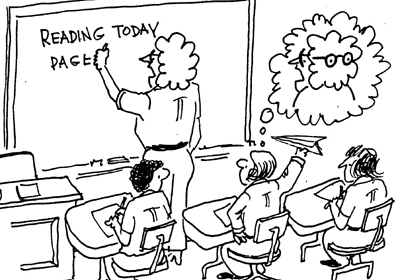 This category of people in your life comes wherever you happen to sit in a bench and listen to the instructor or a teacher. They had already come into your life through the schools and colleges. Now, anybody who sits beside you where ever it may be, you would have smiled a bit or exchanged a conversation with them. After people get into some job, I’ve seen them still wander in the streets with a small backpack full of study materials, calculators and cell phones to all study centers, which attract students wooing them for coaching MBA, MS and all other courses under the sky. People still want to sit in a bench and listen to someone. So the point is, people who come across such situations when you yourself enroll into courses and sit in the class are crowned as classmates!

So you can in general introduce him/her to your friend as “So she is Akshaya, my classmate”

Some even go to the extent of associating them with themselves as coaching class mate. 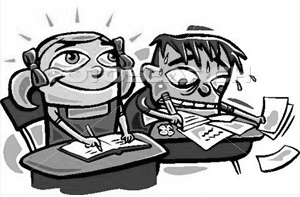 This category is actually a sub category of above ones. Whoever sits beside you in a class, he/she is deemed to be your bench mate. After exchanging surprising looks at her or him, the relationship extends to a level of having a Coffee together in one of the posh Coffee Shops in the city, unlike the roadside Kaveri Snacks & Tea shop and when someone asks you,

And you search your tiny brain for the introductory relationship of the girl, getting reminded of the RDBMS relationship diagram, you find your query results a return code of 100, which means “NO RESULTS FOUND”. Finally you end up saying

This is a new category of people I’ve found in my life recently. As I travel in my Office Bus daily morning, to commute to office and take the same, to return home in the evening, I get to see few new faces occupying the bus, except some of the regular users of the route. So initially, you would not initiate a spark to strike a conversation with them. In the due course of time, both of you know each other without having spoken to any and there will be a strange feeling of belongingness with them. Sometime, you feel as if, only when they board the bus, your mind will get peace and reassure yourself to have got into the correct route bus.

In few occasions, when you have to help the ones sitting beside you in the seat, such as closing the window slide glass, in case of rain starts pouring heavily or the gush of air is so fast and the girl or a guy is unable to shut it. You extend your help to close the same and succeed in accomplishing the task.

That’s how it all starts – a conversation with a stranger, who has been working in the same company, but you haven’t spoken to them. It is just the opening of opportunities to interact with the new bunch of people around you. In this process of knowing people, few people get become so close and find a place in your mobile phone’s forward-MSG-distribution-list. Some just smile and say Hi and Bye and some keep winking at you. Some give you biscuits and chocolates and even murukkus and sweets, some keep themselves buried in the novels and some plug in the iPods and music players and doze off. So all those who we encounter daily in the bus and one day when you happen to meet your college friend or school friend and you happen to introduce this bus friend, you can’t just tell them he/she is your friend. You need to tell them how you are associated with them.

I always end up saying, “Well, this is my bus mate!”

Sometimes, the person always sits beside you or you end up sitting beside him or her and a small belongingness of friendship sprouts. We even go to the extent of branding the person as “Seat mate”

Yea forgot to tell about them – room-mates!

They are the strangers who are yet to become our friends, with whom we share the hostel rooms or mansion rooms. These people span over all the above categories. A friend who is a college mate can be our roommate in the college hostels and people who work with us in the company can share the room with us, if we are not staying in our hometown. Some call them as roomies. They pay the rent, current bill, laundry bill, paper bill etc on a sharing basis. We spend day and night chit chatting with them. They cook for us and sometimes we take the risk of cooking for them. All this happens with them.

So they form the Room mates! 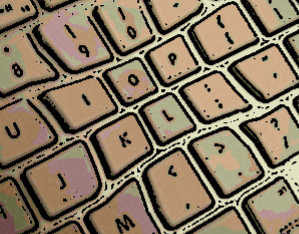 Earlier days, we had something called Pen Friends, where people share their mailing address (postal snail mail!! I know I need to be explicit here because, most of them misunderstand this to emailing address) in the newspapers. I still remember a separate column for pen friends in the ‘The Hindu’ newspaper supplementary. You can write posts to them and post it to their address. They will reply to you by composing a mail and they will post it back to your address. This was the practice they followed sometime back to make pen friends. Now, the trend has changed. As many of them have started writing, they now depend on the internet and write what is the so called, BLOGSSSSSSS!!!  Yesssss….It is the one, which you are reading in your lappy or in the desktop. As many of them write and share ideas, information, photos, music and everything under the sky (I know, I have used this expression some paras before!!), people have started making new set of friends called Blog-mates J

There are other categories of people with whom you do not share anything, but they always accompany you. One such instance is the morning walk along the beach. You meet them daily, and both of you walk with your dogs and finally when parting you say a simple Bye or sometimes not even that. Sometimes, this helps our pet dogs to find a new friend – a dog friend. Even when we forget them, they still remember each other and exchange a bark or a lick. We see many of us make friends during morning walk. Many of them consistently come for the morning walk at a particular time and leave at a particular time. So those categories of people can be called as Morning-walk-mate

We can keep deriving the category of ‘mates’ similar to the mathematical formulas. There are other categories of people such as Gym-mate, shopping-mate, and this list goes on according to ones tastes!!

Thus to conclude this long categorization of people, I would say, in this world where we live with unknown people, with whom we need to live in harmony, we have to grab every opportunity to establish a good relationship with the ones whom we meet and greet. We can’t be good to everyone; at least we need not be bad to them. So keep yourself open to new friends and make yourself comfortable with them and make them comfortable. Keep smiling and make others smile.

Hi, are you a stranger reading this blog? This is Kally. How are you? Wanna be friends? I’m game!

And forgot to ask you, which mate are you?

P.S: Please don’t ask me who is Check Mate??