Cognizant Innovation Summit 2011 posters were so inviting which has invited speakers all over the world to dissipate knowledge and learning in the field of innovation. I was a part of Social Media – Live Blogging & Live Cweeting team which proved to be a wonderful opportunity to interact with many bloggers around the locations and witness mind blowing talks and get enthralled with the proceedings of the events. 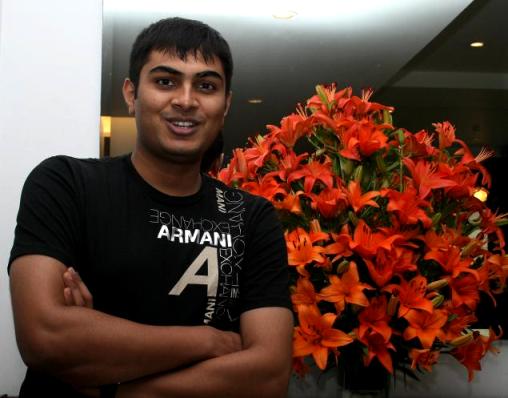 Hack, Whack & Shack was the TED style talk session on Day-2 (Nov 16 2011) by Ankit Fadia who is an independent computer security and digital intelligence consultant with definitive experience in the field of Internet security based out of the Silicon Valley in California, USA.

The remaining of the session was all about his life history.

He says, he has 12 years of experience in the industry and he is currently 26!

Giving back to the society is important according to Ankit. He says, ‘You need not donate half of your wealth and bring change to the society or to the economy. Even donating or contributing as small as Rs.10/- to charity through cash or even through options available in many of the online and paper forms available in many places can make a big difference in the life of under privileged class.

He also said that, he has lots of hate clubs and blogs spreading hatred against him. But he never missed reading those critics and blogs, as those critics sometimes proved to be an opportunity to understand the fallbacks and mistakes from which one can learn and keep an eye on things happening around us. Even a bad remark can be helpful to us. Those remarks need not necessarily be a mistake but the outlook in which they have been written can be understood. We cannot satisfy everyone and cannot make everyone happy around us. It is our duty to do what is right for us. Even his website was hacked twice. When asked about it, he says, the US government website is being hacked every year and the websites of CIA is hacked every month.

Towards the end of the session, he recreated and demonstrated the hacking, which he did for US Government during 9/11 attacks using a technique called Steganography.

The session came to an end with a Q&A session with more of inquisitive audience asking him questions on security and other general questions. He always encouraged kids to do what they like to do. He recommends all the parents to allow the children to chase their passion and not thrust their own ideas and dreams into them. He also advised parents to place the computer in the common room and not in the kid’s bedroom (!) so that they can monitor them and prevent them from landing on a wrong site or in a wrong company! On a funny note, he even offered to help the parents out, if they want to hack into their kid’s accounts. More questions followed and since they were running out of time for the next session, one last question was allowed and Ankit left the stage, leaving all of us in awe!

Overall, the session was inspiring, enthralling, exciting and kept us glued to our seats. Thanks CIS2011 team for inviting him and help us know more about his life in person in his own words. But on a serious note, it would have been more useful if the session had been oriented more on the Cyber Security & Ethical Hacking techniques and other technical front with examples rather than him emphasising on his childhood and life stories for an hour. Those details could have been got from the internet as well, but a practical session on hacking could have given more insights on the security threats and legal hacking techniques.

For more information you can visit his personal website here – http://www.ankitfadia.in/

P.S: For all the registered delegates of the Cognizant Innovation Summit 2011, the Innovation Passport Tag with the QR code imprint was given so as to identify them! This one below is mine! 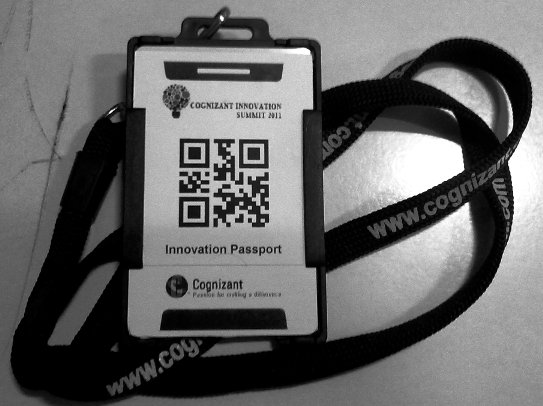