Well, I am seeing this recent trend of starting every blog post of mine with the standard guilt feeling dialog of ‘yeah I know, I have not been blogging much these days’. But that’s a revelation of a more profound sensation of not been able to find time for blogging. Yeah personal time has been badly screwed up after getting so busy with life and work.

As a customary ritual, I am going to say, this is my first post for the year 2016.

Okay so there were times when I find time only for blogging – nothing else mattered. But now with incessant indulgence into family and addition of new small little member it became more addictive. Blogging did find its back seat.

This is not going to be a recap of what happened in 2015 or how people inspired me in my life to get Nobel prize and Oscar awards, but this is more of random thoughts which are going to pop up in my head while I am typing this out in the laptop.

Okay so where do I start? Let’s see if I can pick up from where I left off last. So after I have never felt so dumb –> <here>, things were normal as usual. Nothing was exciting in life than the only eagerness of seeing myself as a dad soon in a month. This is my first kid and as my wife’s due date was in December last year, (oh! It’s just a month since new year and last month became last year so soon..!) I just had only a month to travel back to India to hold my little son and feel the newborn right out of the womb. As they say, first things are always special – first steps, first school, first flight….and first baby!

But you know that the dates are not definite in case of maternity. I knew it might be a week earlier or later, but never expected a month before. Doctors had given a date of Dec 12 2015 as expected DoD (Ah that’s Date of Delivery in the lines of MoM, CoB and EoD – Corporate life!). I was also excited that Dec 12 was Rajinikanth’s birthday and it would be more awesome if the delivery happened exactly on this date. But this little guy was pretty hasty and came out a month earlier on Nov 16. I had to advance my travel and vacation plans and had to look for last minute flights and luckily got something without incurring much loss due to cancellation and change of dates. But as they say everything is for good. The change of dates did bring in good things *touchwood*

We named him Aadvik which means ‘unique’ in Sanskrit. Its easier to spell and only 6 letters in his first name. I am pretty confident that he should not finding it difficult to spell out his full name ‘Aadvik Kalyan’ outside India. Already my name is being convoluted to Kaylan, Kayla, Kamyan, Kalyam and so on here in US. I usually show my Credit Card to the person in desk (Sports Clips, H&R Block, FedEx, Doctors appointment etc) to refer my last name whenever they wanted me to spell it out to be entered in the system

(I also recently found out just few days back that ‘Thala’ Ajith also has named his son Aadvik and that’s a ‘whoa!’ being an Ajith fan myself!)

Hmm so without much overloading information, I just wanted to say, I am loving this new phase of my life! 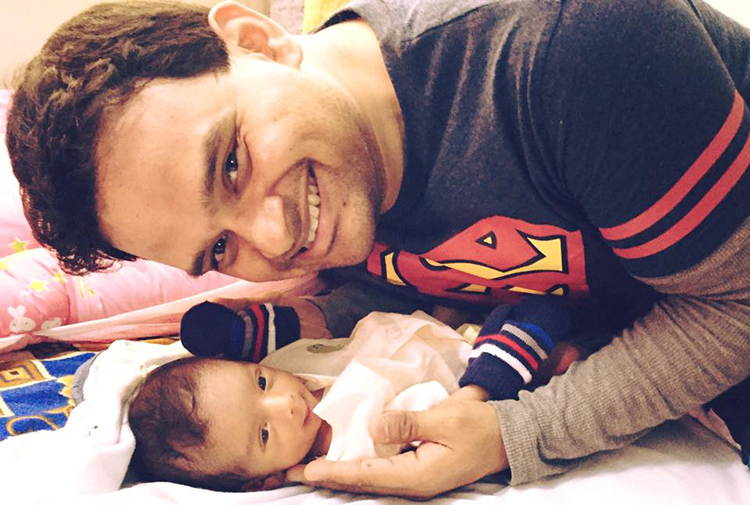 Life in US has been kind of always the same – hectic!